How to evaluate the performance and functionality of touch screens?

Touch screens are devices that recognize the presence of contacts and generate responses. The presence can be delivered via touch gestures or stylus. The response can be various such as haptic, visual, audio, etc. Hence, touch screens are input/output devices.

Touch screens usually consist of three main components, which are touch sensors, touch controllers, and drivers. Touch sensors can use different technologies, such as capacitive, resistive, optical, etc. Controllers are the bridge between the sensor and the computer, and they can have different digital interfaces such as SPI, I²C, etc., for the connections. Drivers translate touch events into a response.

Touch screens make the use of most devices much more manageable and user-friendly. They are widely used in all smart devices, such as in mobile phones, ATMs, point of sale (POS) devices, in the automotive industry as part of the in-vehicle infotainment systems, human-machine interfaces (HMI) in industrial products, etc. Since most of the touch screen components become cheaper over the years, touch screen enabled devices are increasing. With the development in material science, curved and flexible touch screens that provide haptic feedback have become the new touch screens trend. With the developments in network technologies, Internet of things (IoT) enabled systems are also being equipped with more touch screens.

Touch screens interacted with touch gestures. The benefits and the design-wise advantages of touch gestures make them one of the most popular system-human interaction methods.

Touch gestures generate a stream of touch events such as touch down, touch moving, touch up, etc., at the touch controller. These touch events are then collected via a hardware buses. The event stream is then used to determine the type of gesture and, eventually, as input in updating the user interface (UI) content. As an example, a swipe gesture would scroll a list on the UI.

Expectations vs. reality of touch gestures

Smooth user experience relies on accurate and repeatable touch gestures, which are only possible when the touch user interface (UI) is functional, responsive, and fast over the entire surface area. The manufacturers of touch screen devices need to perform various tests on the system, device, and individual component level to fulfill the end user's expectations.

Now let us look at which tests can be performed to warrant that touch gestures work properly on touch screen devices.

These tests measure the DUT's (device under test) tap accuracy and repeatability performances. The results are reported with maximum accuracy and repeatability errors, and missing input values. The results are used to determine the hardware's ability to write consistent coordinates, especially when the touch panel's same location is pressed repeatedly.

These tests measure the DUT's accuracy when swiping in a linear motion. It reports the maximum allowed values of offset, jitter, and missing swipes. 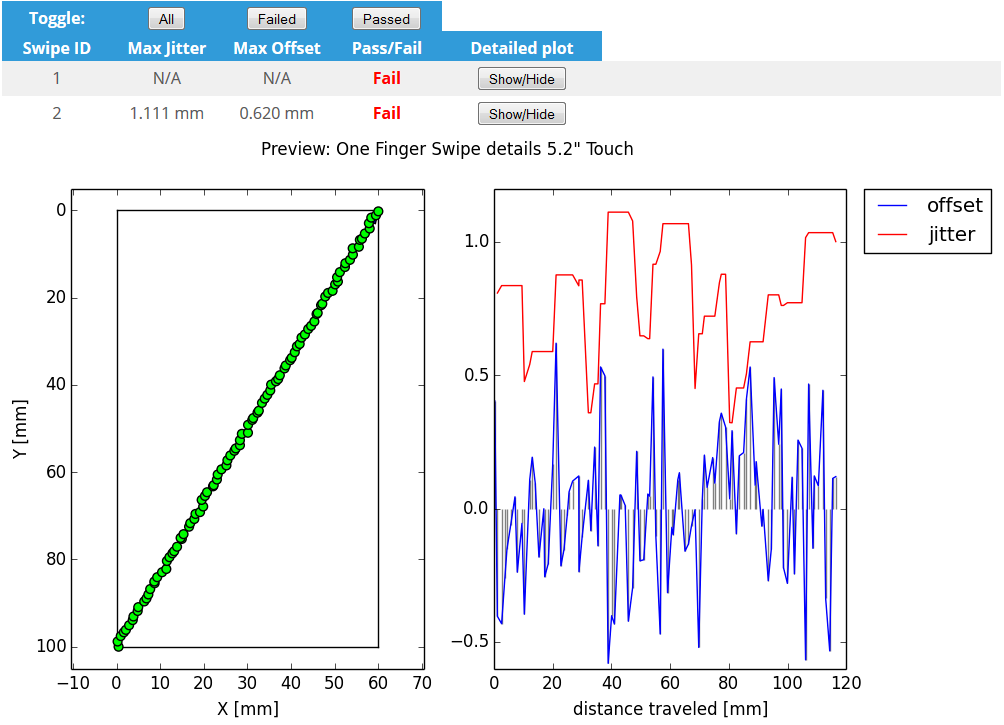 Here is an example analysis for multiple fingers swipe test:

These tests measure the DUT's performance when a single point is pressed and hold. It reports the maximum measured stationary Jitter calculated from the first coordinate reported by the DUT.

Various other tests can be considered as performance tests on the panel level. Such tests are for analyzing the First Contact Latency and Hover, for example. As part of the first contact latency test, the maximum allowed response latency from active and idle states are measured.

As part of the hover test, Jitter, missing swipes, and the maximum permitted hover distance from the DUT's surface are measured. There are also other tests performed just with multi-finger setups. One of them is the separation test that measures the DUTs ability to separate distinct fingers based on their distance from each other. The test reports maximum allowed finger separation distances in vertical and diagonal alignments. 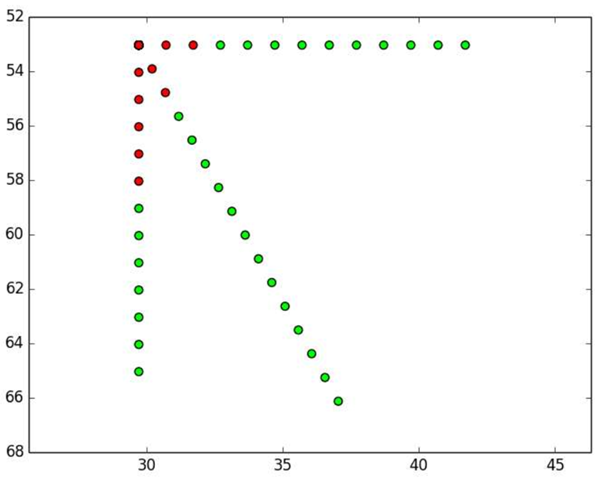 Performance tests are accomplished with robot-assisted platforms that mimic human interaction with touch screen systems. These platforms run on 3-axis gantry stages that use linear guides and encoders for precise positioning, and high accuracy. The Z-axis is equipped with different actuators, even for stylus testing. Actuators carry fingertips that accomplish the touch activity to perform the gestures and other tests. The Z-axis may have more than one finger, and in that case, the system includes an azimuth unit. 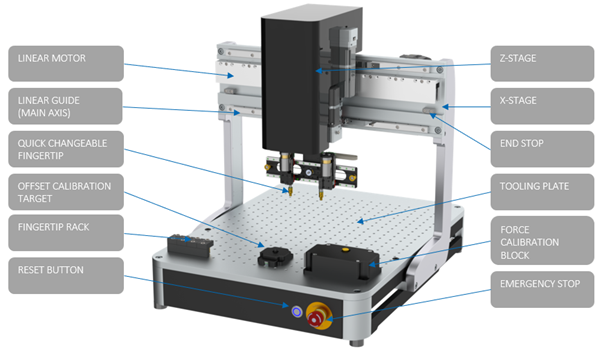 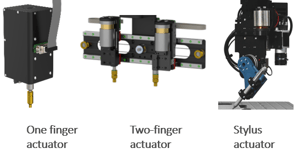 In the below video, you can watch how to use this type of system to perform touch testing.

OptoFidelity is an engineering house and specialized in display and HMD testing. In addition to TOUCH, OptoFidelity design and manufacture various other systems such as for measuring:

90% of our deliveries are customized, so please feel free to contact us to discuss your testing challenges! 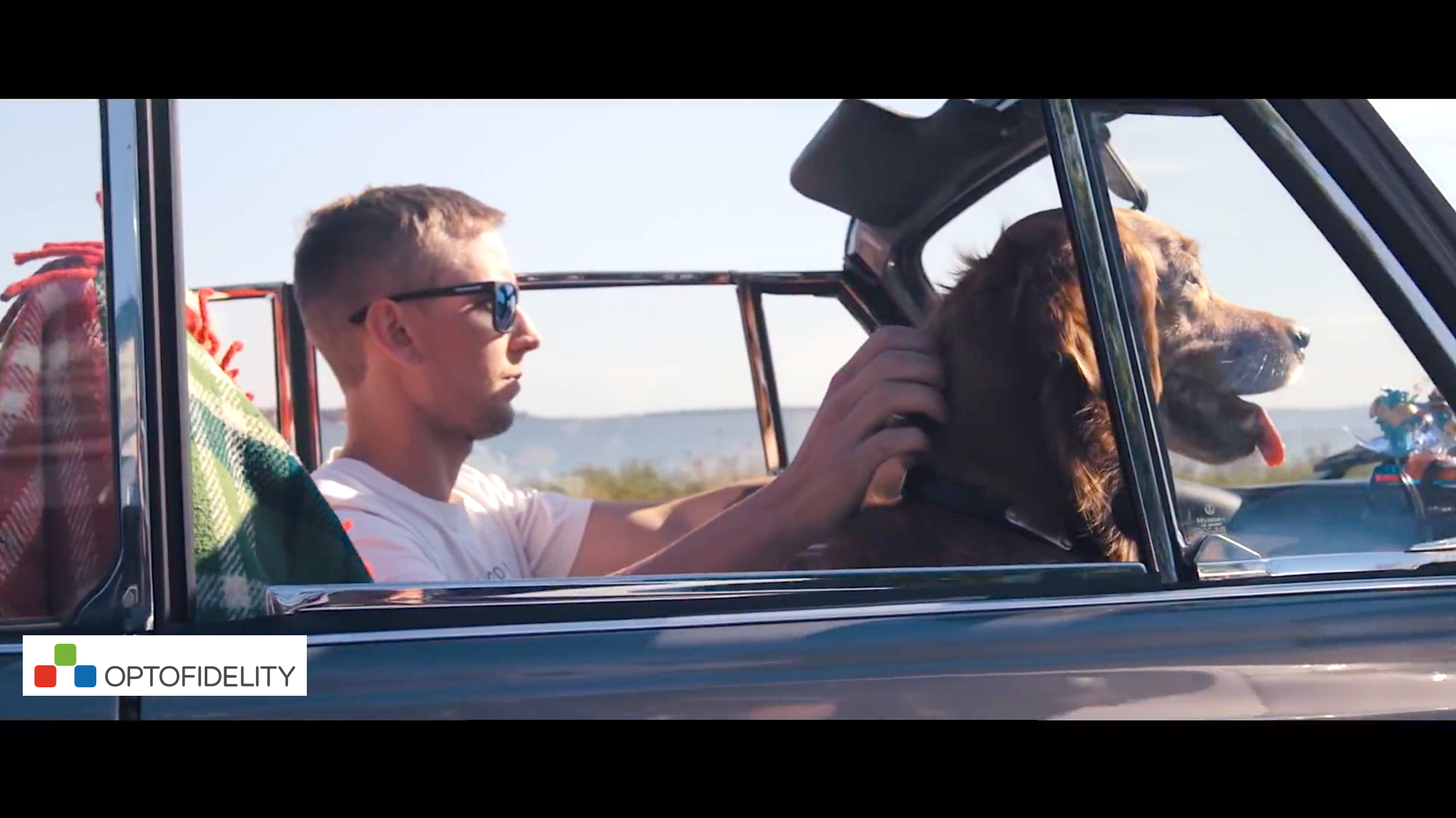 OptoFidelity, your best friend in testing!