Virtual reality (VR) allows a person to interact with a three-dimensional image or environment through the use of display, optical and sensor technology, in connection with powerful graphics and CPU. Wall Street has high expectations for the market potential of VR; much depends, however, on the results in the sales report. I would like to discuss the reasons behind the figures of the User Performance (UX) of VR HMD. However, this is not a formal study but rather a light recollection of personal experience, observations and interviews.

My first VR HMD experience in mid-2016 was with an untethered form of VR; the device in question was the Samsung Galaxy S7 with the Samsung gear. The first moment with the goggles was stunning; the immersive scenery and everything inside the goggles was just so attractive. I then shared these glasses with nine or ten users varying in ages from their early 20s to their late 60s; all of them were first-time users. Everyone was very engaged with this new upcoming product; they enjoyed 360-degree pictures and short video clips accorging with their head movements.

Most users tend to use this for only very short periods; the average usage of the device is 10 minutes. The youngest users explored inside the glasses more because of the content (the game), which made them want to stay a bit longer than older users. Some users complained about the focus and the alignment of the distance from the eyes. In general, most of them were conscious of the clumsiness of the equipment.

The display picture quality is very pixel-like. As the display of the 720p format provides each eye with a very close-up look, you are pretty much inside the world of Vintage Super Mario. The corner of the display seems to have colour smear issues, and it is very difficult to adjust the focus for all viewing areas. Under the circumstances, only very interesting content will convince users to wear the goggles, just like why we play Super Mario in a vintage game box.

Surprisingly, the control interface seems to be easy enough for most users.

With more intensive use, I started to try more functions that were not limited to browsing Facebook, YouTube and other photo galleries. This is how I found out the major issue of this device: its performance in relation to head movement.

When we interact with the real world, the majority of our senses are dominated by sight. However, that doesn’t mean our eyes work alone when they are functioning. In fact, the brain causes all of our senses to adapt to what we see and to react to our environment and with each other. These interactions with each other usually take a very short time. The most important thing is that your body gets used to this mechanism. This means that when a VR device tries to deceive our senses in order to make it feel real, it has to be similar to the mechanism that you are familiar with. The problem is much bigger when the content is a moving object instead of a static picture. Most of us feel nauseated after watching movie trailers or games for three minutes, though sometimes this time period can be as little as 20-30 seconds. The level of nausea pretty much varies from one individual to another. The latency which we call ‘motion to photon’ is the main contributor to the aforementioned motion sickness. Since then we have tried HTC Vive, which is the device that most people recognise as the best VR gear. Subsequently, the problem of motion sickness has become much smaller. Other factors contributing to motion sickness still exist, however, which I will leave unmentioned in this text in order to avoid overly long discussions.

I would like to discuss mobility and VR as the next issue. Though the mobile VR goggles are wire-free, your freedom is actually constrained due to the rotation not including walking and other such movement as it has no location tracking function. This also limits its use in some scenarios. PC VR, such as HTC Vive, provides the virtual space for movement. However, the pig-tail cables still constrain movement in VR space. The heavy and clumsy HMD is also a problem that impacts the period of use.

On top of all of those, the mobile phone VR has an advantage with regard to cost and availability: PC VR is more expensive and the market is limited to intensive gamers, while the all-in-one VR is not yet available. Eventually, all of the VR devices are going to improve with regard to their comfort of use, display quality, performance of latency, mobility in use and even content. The only question is which of them will get to the usable level the fastest. I am still convinced now as I was then that VR can thrive in the market. 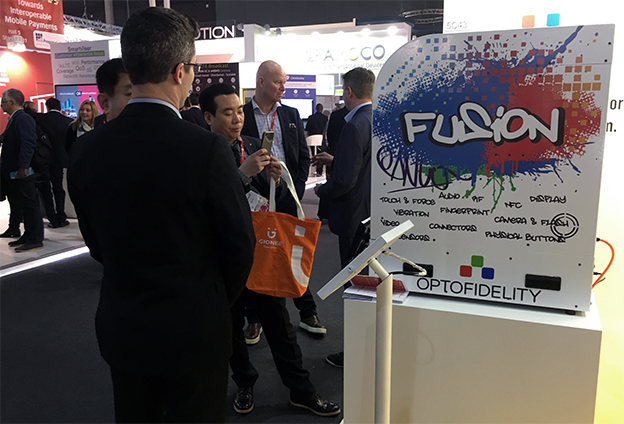