Mobile devices have been changed our world – and our friendship. All our friends don’t necessarily understand why we just stare at small screen, and don’t play with them. OptoFidelity Human SimulatorTM  test automation system doesn’t only play games but also improves touch devices’ testing process and product quality – it even saved one friendship.

Read more on Human SimulatorTM solutions and our testing approach at http://www.optofidelity.com/products-and-services/test-automation/.

The former video 'Man vs Robot' in playing Angry Birds https://youtu.be/AVXipc7W2Zc  by OptoFidelity has been viewed already 140 000 times, which is a remarkable amount for a technology video. The test robot playing Clash of Clans is even more intelligent than the one playing Angry Birds.

Eight of the ten largest mobile phone companies are convinced by OptoFidelity’s state of the art engineering competence and innovative thinking. In addition, world‘s leading touch sensor manufacturers are using OptoFidelity Human SimulatorTM solutions. We provide effective project coordination and local presence in Key Accounts’ manufacturing facilities and R&D labs. Over 400 test robots have been delivered by us to world’s leading mobile device and tablet manufacturers. 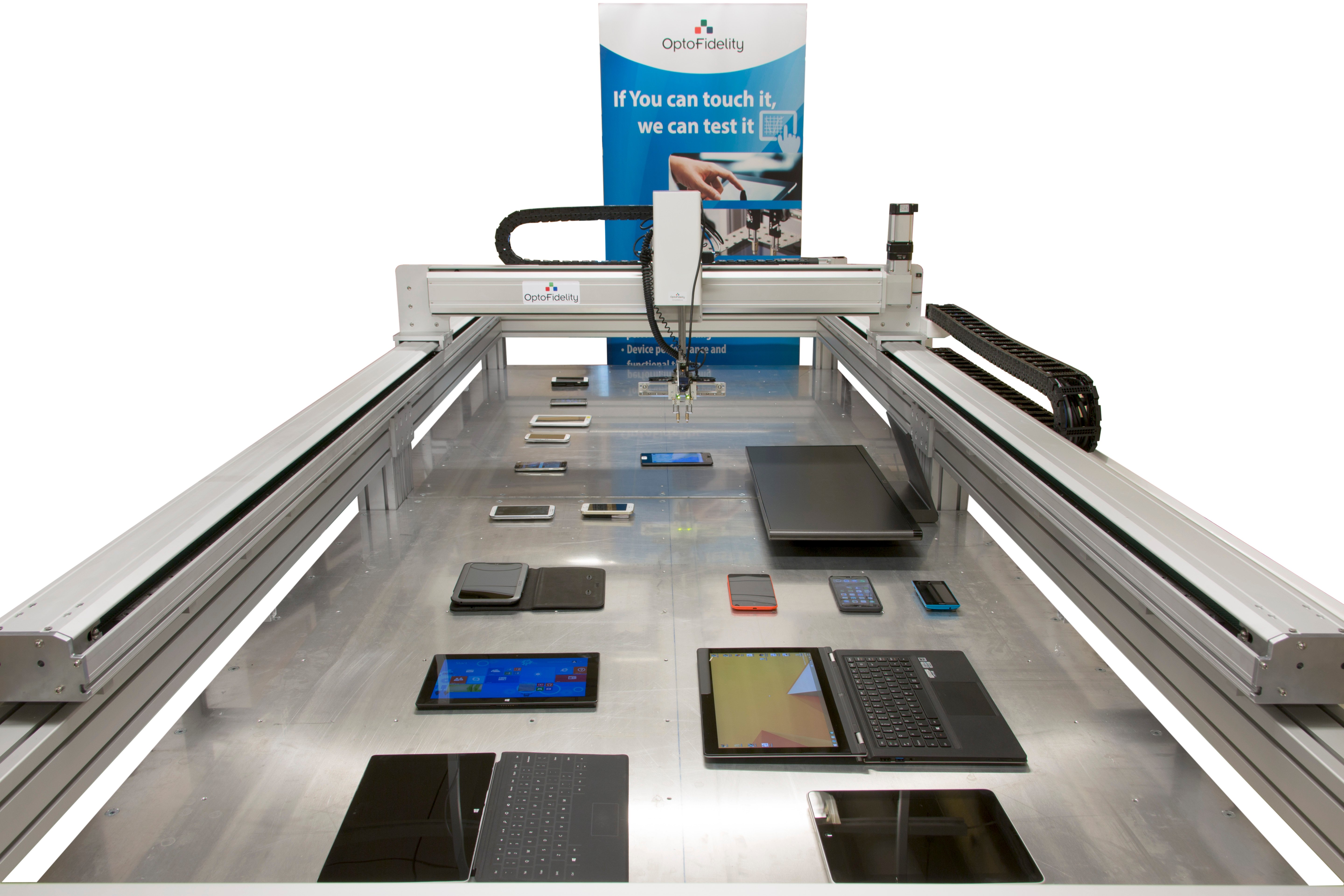 One Platform for Several Test Purposes