Virtual Reality headsets (aka Head Mounted Displays, HMD’s) use a combination of sensors to track the orientation of the headset, in order to move the displayed image correspondingly. Sensors typically used include gyroscopes, accelerometers and optical sensors, such as cameras.

To reduce problems with motion sickness, it is desirable to minimize the delay from physical movement to the movement of the image, also called Motion-to-Photon (M2P) latency. The delay is caused by multiple factors: sensor sampling, data filtering and image rendering.

Motion-to-Photon latency is easy to control with stable, predictable head movements. However, VR headset users move their head unpredictably, especially during intense gaming. These unpredicted movements are a great challenge for the HMDs. The unpredicted movement performance is also essential from user experience point of view. 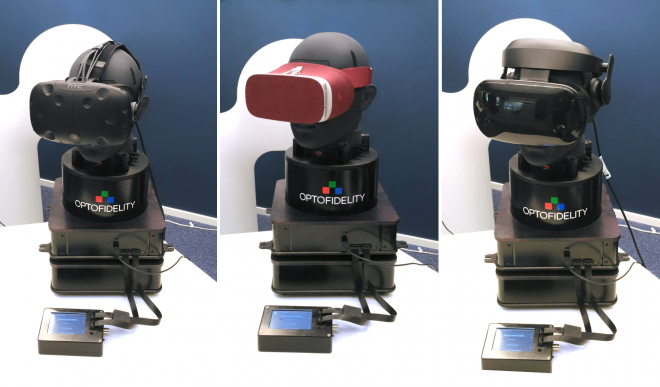